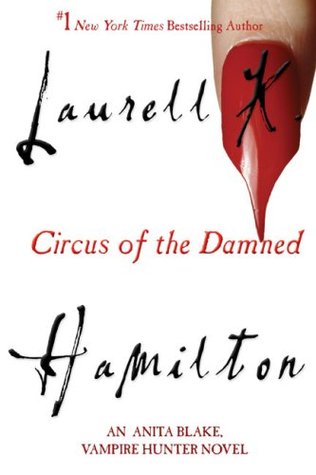 Circus of the Damned by Laurell K. Hamilton

In Circus of the Damned-now in trade paperback for the first time-a rogue master vampire hits town, and Anita gets caught in the middle of an undead turf war. Jean-Claude, the Master Vamp of the city, wants her for his own-but his enemies have other plans. And to make matters worse, Anita takes a hit to the heart when she meets a stunningly handsome junior high science teacher named Richard Zeeman. They’re two humans caught in the crossfire-or so Anita thinks.”

Circus of the Damned did not scare me or grossed me out as much as Guilty Pleasures or The Laughing Corpse. I also didn’t like it as much as the last two books of the series.

Jean-Claude is turning Anita’s life into one hell of a big mess; Anita is firstly baited by a vampire Master called Alejandro, who controls a pack of rabid vampires who have chewing up people and leaving them on the cemetery. Alejandro wishes to know who is the Vampire Master controlling the city of St.Louis, and his where he rests daily.
Secondly, there’s a pre-historical vampire master, who is millions of years old, a miniature of a man, with a monkey-like face called Oliver. He also wants to know who the vampire master of the city is.
Anita is aware that she and Jean-Claude are both lusting for each other, but she tries not to get that lust get in the way – I have to say that I admire her resistance, she isn’t even tempted with immortality or super strength, which she can have, if she only allows Jean-Claude to give two more marks to complete the human-slave/vampire master bond.

Reasons why I didn’t like Circus of the Damned as much as the two last books:

– less action-packed;
– a lot of characters getting on my nerves.

I’m still really intrigued by Edward, I was happy to see him again, even if the circumstances weren’t the best, but hey, we’re talking about Edward right? If Edward is around it means that shit is about to get down.
Still, the drama between Anita and Jean-Claude is beginning to be infuriating.

Jean-Claude is always determined to seduce her, and she is stubborn as usual. I hope that after this book they either end up ripping each others’ clothes off or simply ending their flirting, and they continue their paths separately. I believe I won’t be able to handle this on and off thing anymore.

Larry is a new character who is introduced in this book, furthermore, he was also the one who peeved me the most. He is a new animator, he hasn’t even finish college, and he certainly has never had a brush with death before. Larry’s experience with vampire hunting, raising zombies from their graves is zero, the lad is as innocent as they come, not good for the kind of job he has, and definitely not good in terms of survival. If I were Anita I would’ve slapped him a couple of times, Larry really got on my nerves, as all he was good for was being a distraction. Helpless as a lamb.

Despite not having liked Circus if the Damned as much as the previous books, I still loved it so very much. I’ll have to keep on reading xD 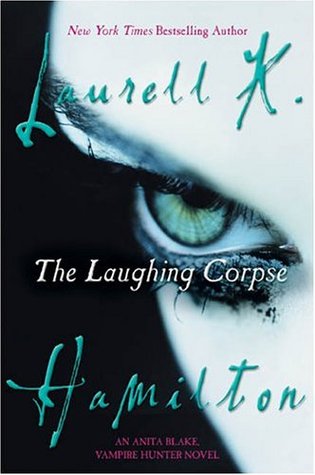 Goodreads: “Harold Gaynor offers Anita Blake a million dollars to raise a 300-year-old zombie. Knowing it means a human sacrifice will be necessary, Anita turns him down. But when dead bodies start turning up, she realizes that someone else has raised Harold’s zombie–and that the zombie is a killer. Anita pits her power against the zombie and the voodoo priestess who controls it.

I’m officially part of the Anita Blake fan club. I would love to see this on TV (it would be terribly gory, even worse that The Walking Dead, I’d have to skip those parts, I have a weak stomach).

Anita Blake is once again in trouble, this time she has to deal with some kind of meat-eating zombie, she doesn’t really know what it is, and she fears it may be the worst thing she will ever have to catch. This monster ate a family of three members, leaving only blood splattered everywhere and a few half-eaten remains (yum!).
She also gets another job proposal, this time from a very dangerous man called Harold Gaynor, who offers her a million dollars to raise a 300-year-old corpse. However, to raise a dead body this old she must sacrifice a “white goat”, aka a human being. Evidently she refuses to do so, as it breaks all moral codes she has. Gaynor doesn’t take her refusal well. (let’s keep it that way)
The third person who threatens Anita’s life is the voodoo priestess Senora Dominga Salvador, a very dangerous woman who Anita suspects has had a hand in raising the zombie who’s been murdering families. Dominga Salvador wishes to train her, to make Anita reach her true potential. Again, Anita refuses to have anything to do with her, especially after she sees what Dominga has hidden in her basement.
Also, there is still the remaining problem with vampire Master hottie, Jean-Claude who wants Anita to become his human slave.

Trust me guys, there a lot of wtf/mind-blowing moments…

Again, I really enjoyed myself, LKH is a master at keeping me thoroughly addicted and at the same time completely grossed out. This series is definitely not your cup of tea if you don’t like to read stuff about corpses getting eaten or ripped apart, as these kind of things tend to happen a lot.

All I can say is that I will keep reading, I can’t stop now, I literally can’t stop flipping the pages!